“A long December and there’s reason to believe
Maybe this year will be better than the last”
– Counting Crows, “A Long December” 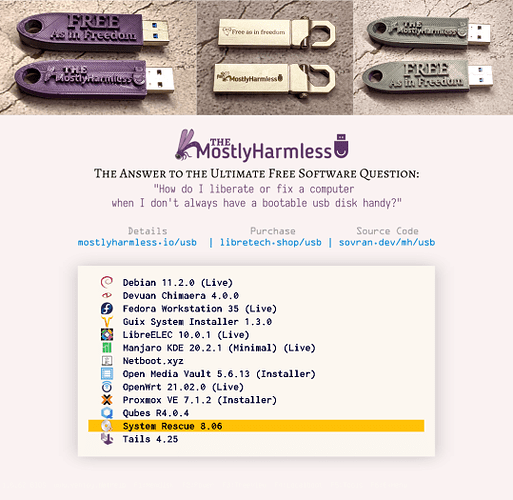 The idea for this came out of a crazy realisation: When I need it, I rarely have a bootable USB disk with a live GNU/Linux image (or even a rescue image) available. If one can find a USB disk within reach when required, one still has to download an ISO image and then write it (safely!!) to the USB disk.

And then what if one does not have a laptop or computer at hand to download or write the USB disk! I am yet to write an ISO image to a USB drive without a GNU/Linux environment!

Hence, if we could all have a (mostly harmless) usb disk that we could carry with us all the time (perhaps in our keyrings) then we would never be bereft of the opportunity to demonstrate GNU/Linux or liberate / rescue a computer!

Its taken about 2 months of work to finally get everything organised enough to launch it and get into your hands. 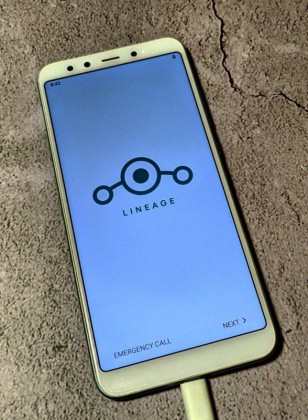 Many of us already use de-Googled Android phones running LineageOS. We install Free/Libre software on it via F-Droid (and other such repositories) and don’t use proprietary software or services on it.

However, its not an easy thing to accomplish and those who might need a phone like this the most (as a matter of a privacy and security practice, perhaps) don’t get access to it because of the technical skill involved.

Liberated Phones are refurbished, reliable, low-cost and flexible mobile phones that are capable of running multiple free mobile operating systems. While they ship with LineageOS by default, this particular model (LPA2) can also run CalyxOS (the only non-Pixel device supported) and Ubports (Ubuntu Touch) with equal ease. It is also one of the phone which is well supported across the custom mobile OS universe. Hence, if you want, you could experiment with and settle on a mobile OS that is closest to your liking.

Either way, you get a great starting chance of using a phone with proprietary software or services and with more free software on it. This, in itself, can be a great asset for a lot of us. 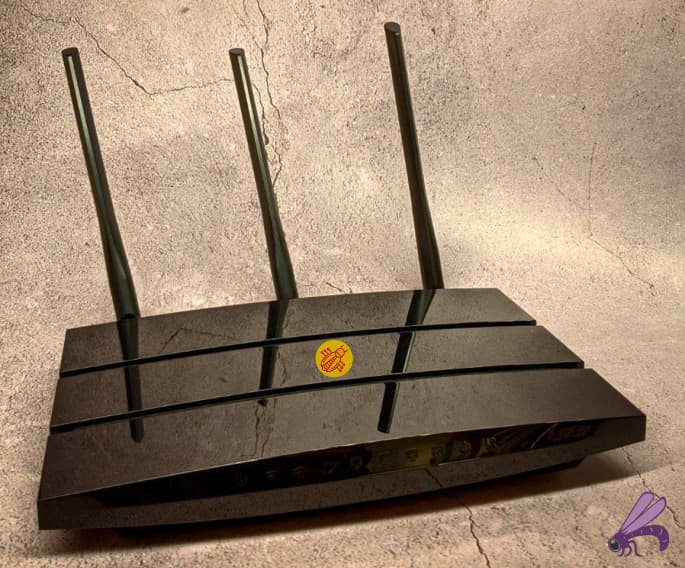 The LRA7 is a wireless router that ships with OpenWRT out-of-the-box. These routers are procured brand new and then liberated. OpenWRT is a free software router and embedded operating system capable of running on very low end computers (16MB flash / 128MB RAM / 750Mhz single-core MIPS CPU).

It really opens up the full functionality of the hardware and enables you to make safe and secure choices. Want to connect a USB device to the network? Or run a network-wide DNS-based adblocker? Or how about a DNS-over-HTTPS (DoH) resolver for your local network? Maybe monitor your network using tools like prometheus & grafana? Or monitor your APC UPS over USB?

Well - you can do most things - RAM, flash and CPU resources permitting! But more fundamentally, it lets you escape proprietary software on your network. And build your wireless and wired network with free software exclusively - a network you can trust and depend upon.

After almost 6 months, I was able to procure stock for the LC230 laptops. In addition to some new batteries as well. If you’ve not been able to purchase a liberated computer yet and need one, please do connect and I would be glad to help you out.

I also have significant stock for the mobile phones. If you’re looking for a phone that you can use without proprietary software, I would be glad to help.

I will acquire some X230 Tablet units in excellent condition (i7 CPU / IPS display models) in the next few days. In case you want a (resistive) touch screen liberated computer, do check out the libretech.shop in a few days.

Over the past 2 months, I have been using a T440p laptop with some amazing hacks. 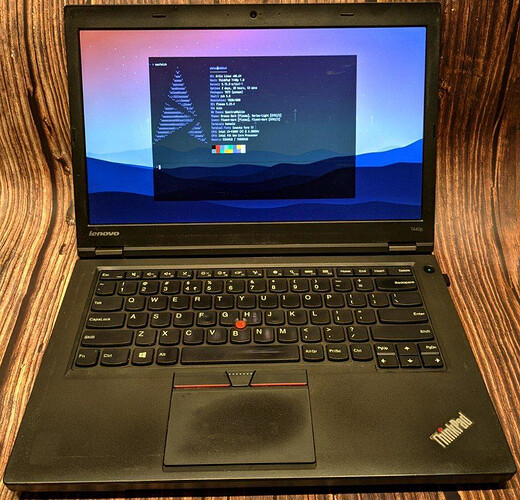 The T440p model features a 4th generation Intel CPU, good weight (as expected of a T-series laptop), a 14" display, a very well organised motherboard and the ability to run 3 SSDs/HDDs by default.

The default unit I acquired had a 1600x900 pixel display. I was able to successfully replace it with a full-HD 1980x1080 pixel IPS display! I was also able to replace the trackpad with one from another model which had physical / separate buttons for the trackpoint. I was also able to add 3 SSDs to the laptop - a M.2 SSD, a SSD in the main SATA slot and another one in the DVD drive slot with a special (and inexpensive) SATA adapter.

Finally, for the first time, I have a (rather heavy) laptop which has a full HD screen. While my laptops during 2005-09 had an excellent 1680x1050 displays, this is the first time I’ve had a display with such a high resolution and quality.

The only drawback at present is that this model uses a M.2 slot for its wireless card and at the moment, I have not been able to source Atheros wireless cards that can run without proprietary firmware.

If I can do that and source a few units of this model, I would be able to make it available for general use.

It goes without saying that it runs Coreboot.